Oriental stork is a kind of large wading birds and is the national first-class protection animal. It often wades in the swamp, wetlands, pond for foraging, mainly living on small fish, frogs, insects. It is serene and alert, flies or walks slowly and often stands on one foot for rest. It begins breeding in March and makes nest in tall trees or buildings. Each time, it lays 3 to 5 white eggs. The male and female oriental storks are in rotating incubation. The incubation period is about 30 days.


In the poles in the south, you can see a number of bird nests, which are built by the oriental storks. It belongs to the world’s endangered species and the number is only 2,500 to 3,000. The main origin of oriental stork is in the southeast Russia and northeast China. Oriental stork is also known as the bird of longevity, stature and arrogance. 1. Longevity: the average life expectancy of oriental stork is about 48, which can compete with the red-crowned crane with 60-year’s life expectancy, known as fairy crane. (The birds build nest in the end of February every year, begin breeding in late March and early April. It lasts 42 days from spawning to the birth of baby birds; and it requires 55 days for the baby birds to fly after birth).2. Stature:the adult oriental stork is about 120cm, in tall and elegant figure.3. Arrogance: there is a circle of red cortex around the eyes of oriental stork, which is in inclined growth and slightly upturned. This feature makes a feeling of arrogance. Moreover, it walks slowly and in smooth steps, so it is known as the bird of longevity, stature and arrogance.


The Yellow River Delta is an important migration stop for oriental stork. Since the implementation of wetland restoration, bird habitat protection and other ecological project, the ecological environment has improved significantly, creating a good living environment for oriental storks. Accordingly, the Yellow River Estuary Ecotourism Zone has gradually become the most important habitat of oriental storks. The number of oriental white stork is increasing year by year. The scenic area has successfully bred 791 oriental stork chicks and the number of migratory birds is up to 900 per year. Therefore, Dongying has become one of China’s largest breeding habitats for the oriental stork. In 2010, the Wildlife Conservation Association awarded Dongying The Hometown of Chinese Oriental Stork. 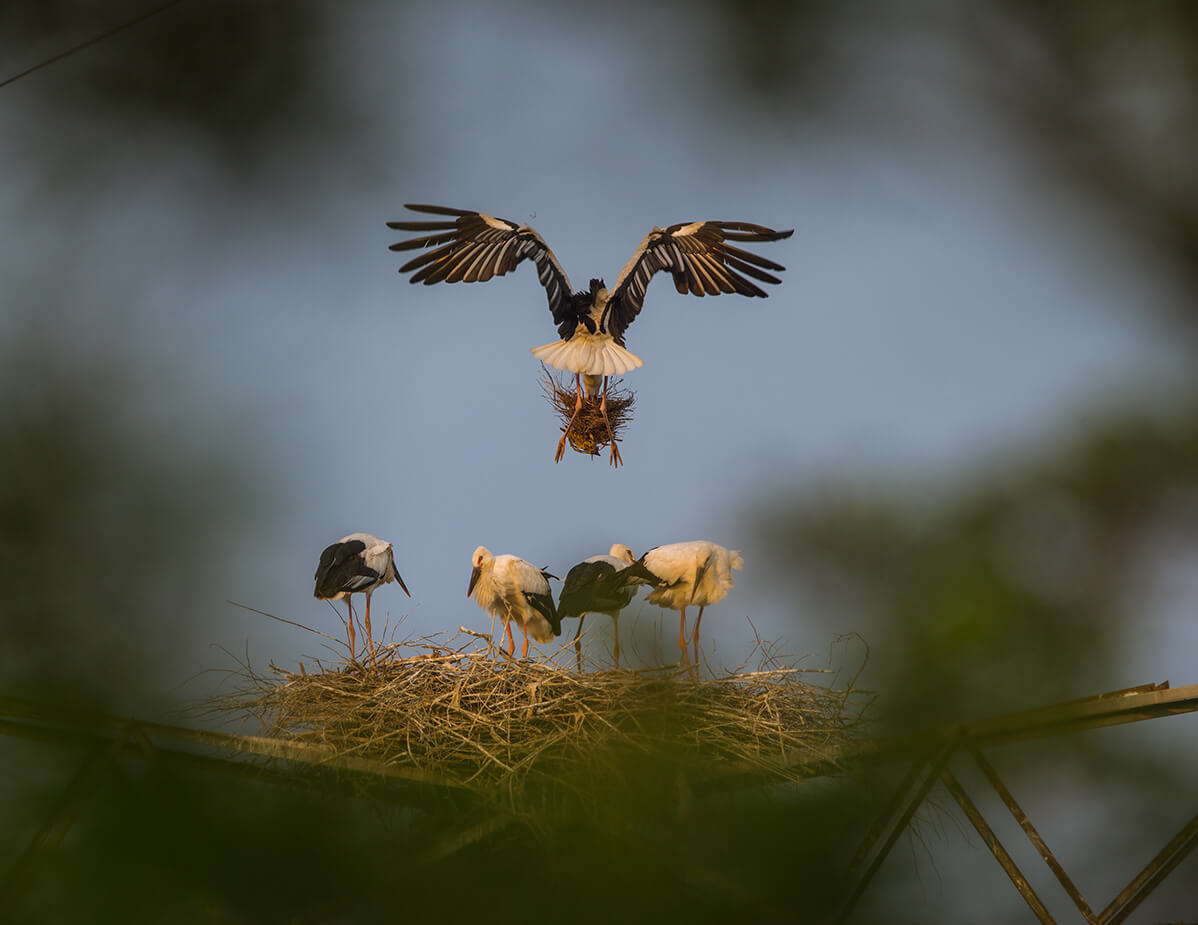