From mid-September to mid-October every year, the suaeda salsa is in purple red, intertwining with the meandering rivers and sea trenches, with the color varying from tender green, to dark green, to orange and red.


Speaking of the change of the Yellow River Estuary, we cannot forget the plant suaeda salsa called the pioneer of the beach vegetable, commonly known as Huangxucai, and is one of the main halophytes in the Yellow River Estuary. The suaeda salsa is in purple red, intertwining with the meandering rivers and sea trenches, with the color varying from tender green, to dark green, to orange and red. It is in flourishing from mid-September to mid-October every year. Chenopodiaceae sueada forsk is an annual herbaceous juicy plant, with outstanding resistance to the harsh environment such as salt, waterlogging, drought. It is mainly distributed in the beach of the Yellow River Estuary to intertwine with the meandering tidal water systems or mosaic with reeds and other patches, forming a spectacular landscape of red carpet.


Suaeda is called Huangxucai, which can be used to make salad or dumplings and is a specialty to entertain guests. Moreover, it is rich in linolenic acid and linoleic, can be used to squeeze oil, enjoying the reputation of golden plant. Nutritionists have made scientific research on this kind of wild vegetables. Huangxucai has complete species, rich in mineral content, with the efficacy of preventing aging and is a natural green health food. Perhaps you will ask why it is in red color. The reason is actually simple. The suaeda grows in the coastal areas. Because of the perennial erosion by the sea, the plant chlorophyll turns into vegan, so it looks red. The leaves of suaeda in the coastal waters are much stouter than these on the land, which can better retain the moisture. 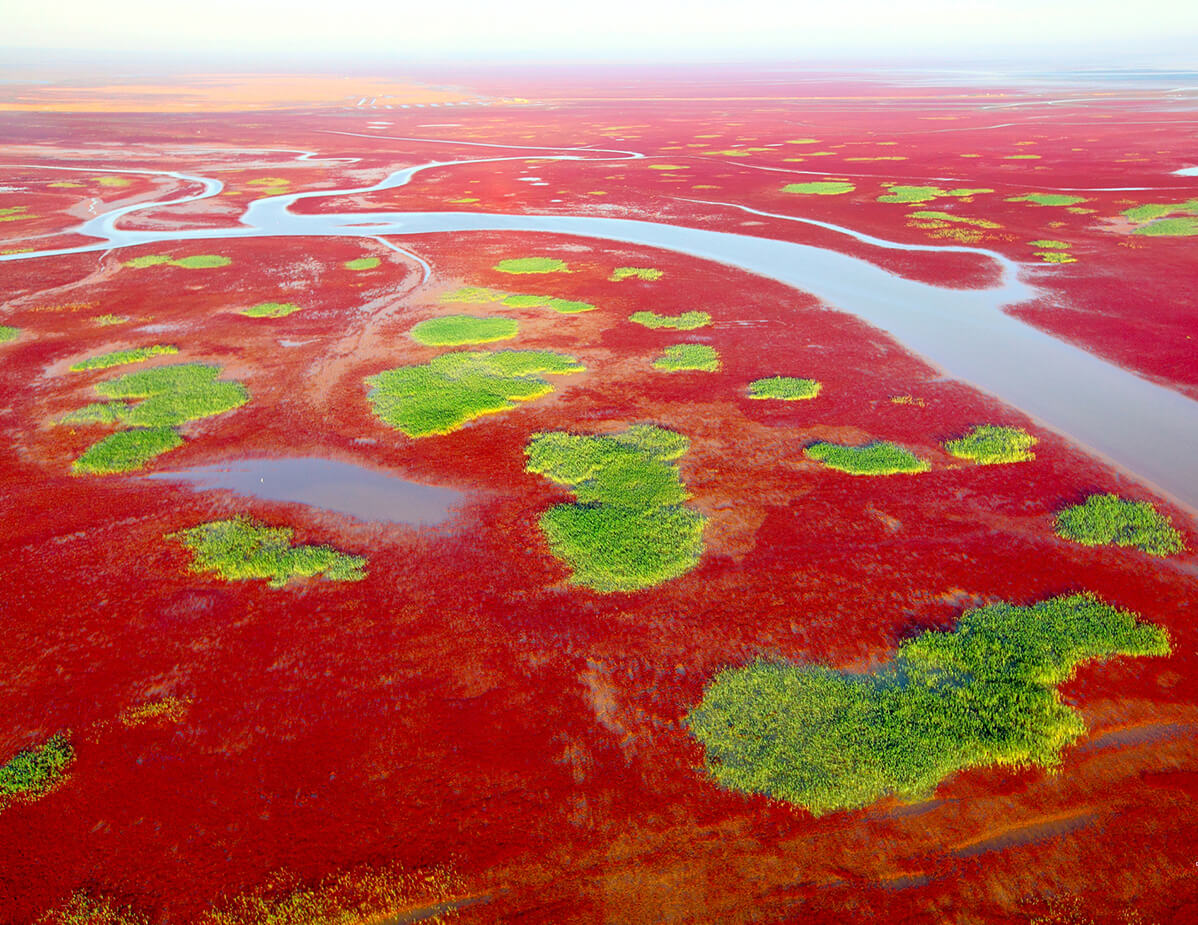